Carl Craig should need little in the way of introduction.

Few DJs and producers genuinely demand the title: legend. Carl is most definitely one of them. Having been active as a DJ since 1989, he has been a near constant presence on the Detroit techno scene, becoming something of an ambassador for his native city’s rich music heritage. The techno don is returning to Ibiza with his Detroit Love party on August 9, for a special shindig at Space, which sees him perform on a stellar line-up alongside Derrick May and Moodymann.

Craig released his first track in 1989, before going on to collaborate with May, dropping two singles with the Motor City sound originator. After a series of ambitious releases for his co-owned Retroactive label, he launched Planet E in 1991 with the ‘4 Jazz Funk Classics’ EP, under his 69 moniker. He has subsequently worked under a number of aliases; all to cover his wide spanning approach to music and production. Alongside 69 these include BFC, Psyche, Paperclip People, Designer Music, No Boundaries and Tres Demented. 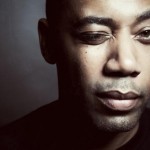 Carl Craig’s having a Detroit Love Affair in Ibiza 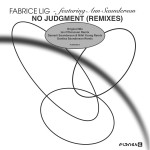