0
Detroit is a city with two faces. One is the home of Motown, the cradle of the car industry, and the heartland of electronic music. It’s a facade it can now barely maintain:  the economic reality has grown like a weed over what little the city has left to show for its proud heritage, and it’s only the decay that many people can see. Motown’s glory days are long gone (the name of its sub label, Motown Classics, underscores the point) and is now based in New York.
Meanwhile, the city’s major car companies, GM and Chrysler, escaped extinction in 2008 courtesy of a multi-billion dollar bail-out from the US government. The Motor City declared itself bankrupt in July last year with debts of £18.5bn, the largest city in the US ever to do so. But Detroit’s misery goes far deeper than the numbers – something that is borne out in Julien Temple’s excellent 2010 documentary, “Requiem For Detroit?”.
Temple, who has made films about The Sex Pistols and Glastonbury Festival, traces the boom-and-bust years of Detroit’s economic and social fortunes in the 20th century, from the explosion of the car industry – a modern-day Tower of Babel left unchallenged by workers until it was much too late – and the city’s utter dependance on it, to the devastating race riots of 1943 and 1967, and the crack cocaine epidemic of the 1980s. House and techno are currencies with which Detroit is still able to trade, and the city itself still supports a stubborn and intensely passionate electronic music scene.
Carl Craig, a producer whose back catalogue stretches back over two decades, is one of the city’s most iconic figures. Running his record label Planet E from his base in Detroit, where he still lives, he is better placed than most to offer his voice on the state of the city. I spoke to him after a screening of Temple’s documentary at the Glasgow Film Festival to discuss the film, growing up in Detroit, and why he’d rather have Satan run things in the Motor City than a popular search engine.

Carl Craig: There was a divide between young and old, and a perception of what Detroit was and what Detroit wasn’t at the time. The national trend was drive-by shootings and crack cocaine, and Detroit was affected in the same way that you would see that portrayed in a movie… that would be in Compton, or in the US inner city. A majority urban death; of a town, an area, whatever. 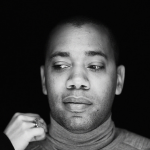 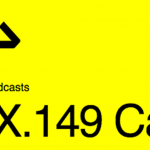