Carl Craig’s having a Detroit Love Affair in Ibiza

Carl Craig’s throwing a host of Detroit Love Affair parties on the beach in Playa d’en Bossa, Ibiza this summer.

Adding to his Detroit Love series at Space, the Planet E boss kicks off the almost weekly No Name Ibiza residency today (July 7), with it running up until August 25.

Only Dubfire’s been announced so far, joining him tonight from 5pm, but No Name says to expect “music selections differing from what you’ll hear at typical club nights in Ibiza”.

His next Detroit Love night at Space is on July 12, where he’s joined by Mad Mike Banks, Moritz Von Oswald, Robert Hood and Mirko Loko.

Entry to the Tuesday parties at No Name is free and you can check the dates below. 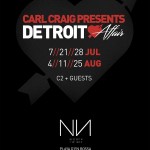 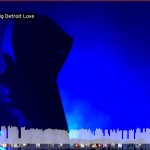