In years to come, techno will be poured over and historicised and whatever the fate of the brave new world’s music, a handful of names will have been immortalised through it. Carl Craig’s is one. Craig started out as Derrick May’s chief assistant at Transmat Records in Detroit and London. In 1989 he released his first single Elements as Psyche on Transmat and became what can be called the spearhead of the second wave of Detroit techno. In the 1990s Carl Craig released house, techno and electronic jazz under different monikers including 69, Innerzone Orchestra or Paperclip People. In addition his productions can be heard on labels including KMS, Open, Mo’Wax and Retroactive. Soon after his first steps in the world of techno he founded his own label Planet E. Today Planet E is one of the most well-known and respected labels for electronic music of all genres. Carl’s work with Moritz von Oswald and Francesco Tristano as well as remixes for everyone from Theo Parrish to DFAreaffirm his status as an exceptional producer, proving he is far from being a case for the history books. 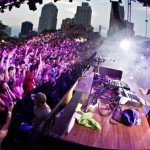 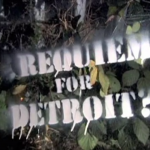