Most hardcore techno-heads around the world would almost cringe when anyone says the word EDM, but it’s hard to deny the market saturation of such a trend.

Every time you turn the radio on you’ll hear a repetitive and overdone beat from the latest flavour of the month DJ that just got his hands on a pirated copy of FL Studio and is churning out beats at a massive quantity.

Enter Detroit techno pioneer Carl Craig, an ode to the days of true rave parties and classic electronic music. Experimentation has been Craig’s niche ever since he got his hands on a dual deck cassette player which he made his first recordings on. This has led him to be revered as one of the world’s most respected electronic producers.

“Back in the ‘80s I was only a kid, so of course it was a big deal for me to hear these new and innovative sounds,” he says. “Now with techno music, it’s really difficult to find new sounds – ones that are other-worldly or sounds that have never been thought of before, because it really is so common today in electronic music. I’m still impressed with a large majority but it’s hard to find anything these days that breaks out from genre constraints.”

That’s the one thing Craig has never been afraid of doing – experimenting wildly and breaking down the barriers between techno and other genres. Even some of his most successful releases have paid homage to soul and jazz music with a variety of samples that became central to his sound, and helped establish Craig as one of the most important figures to come out of the Detroit techno scene in the early ‘90s.

“I’ve always tried to take genres and break down any types of walls between them,” he says. “With me, doing music that included jazz or classical, it’s always been in my nature. I feel like it’s always been necessary to push the listener into an area that’s out of their comfort zone… READ MORE at beat.com.au 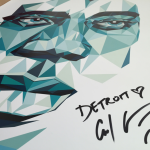 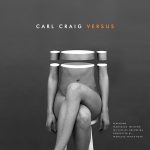